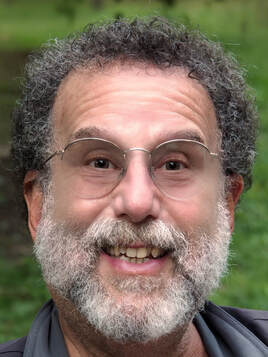 As a college student in the 1970s, I had auditioned for the Manhattan School of Music and was accepted into their voice department. My single mother was not keen on supporting me (unless I went to law school) which I ultimately did instead.

In college I sang lead roles in The Mikado (Nanki-Poo), West Side Story (Tony), and She Loves Me (George). I have sung with different choirs my entire adult life. Before Covid hit in early 2020, I sang professionally with a local church choir in Glen Rock.

I play in a concert band (alto sax), a jazz band (baritone sax), and a sax quartet, and I play clarinet and piano. Also, I attend a cappella summer workshops.

During Covid, in order to practice my sight reading — and keep my voice exercised — I made dozens of music videos, singing and playing sax quartets. These videos kept me sane. It is fun and challenging, especially to synchronize all the parts. 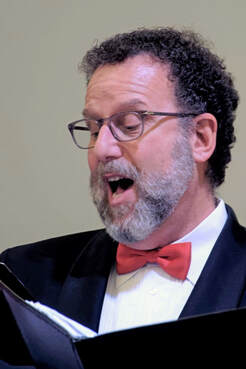 I heard about Orpheus from another tenor, Herb Cohen. When I retired from practicing law and had more time on my hands, I joined Orpheus in 2016 (I live in Fort Lee, New Jersey), initially as a second tenor, then later as a first tenor.

For me, the primary attraction is the conductor, John Palatucci.

While the men in the chorus have varying degrees of musical experience and skill, “JP” is able to get everyone up to snuff by concert time, and to “sing as one,” which is the Orpheus motto.

He does not “dumb it down,” and we sing some very challenging works, some of which John arranges. John can also sing every part (from high tenor to low bass), and I enjoy hearing him.​ 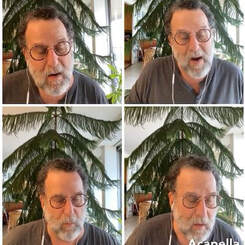 Shapiro singing the Pachelbel Canon in D. (Click the image to watch the video.)
He also takes his own precious personal time to actually record every vocal part of every piece (no other conductor I have known ever does this), so those who cannot “sight sing” can learn their parts. He is truly devoted.

​​Our piano accompanist, Ron Levy, is also amazing and concertizes with a variety of chamber groups and choirs.

One of the most memorable Orpheus events was when we were invited to sing at St. Patrick’s Cathedral for their “A City Singing at Christmas” in 2019. The church was filled beyond capacity. ​ 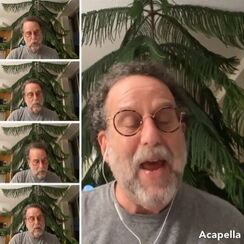 Shapiro singing the third verse of The Longest Time. (Click the image to watch the video.)
I also sing with the select “chamber group” — we usually do a cappella doo wop with only eight to 10 singers from the larger group. That requires memorizing one’s part, which is not easy.

​There are some videos of me harmonizing with myself, including one verse from The Longest Time by Billy Joel. ​The doo wop group will perform this song at our April 24, 2022, concert.

Family
​
In January 2020, just before Covid hit, I became a first-time grandfather of fraternal twin boys.

​I recently discovered that they can “match pitch,” meaning when I sing a note they can sing the same note in tune with me. Can’t wait to harmonize with them. 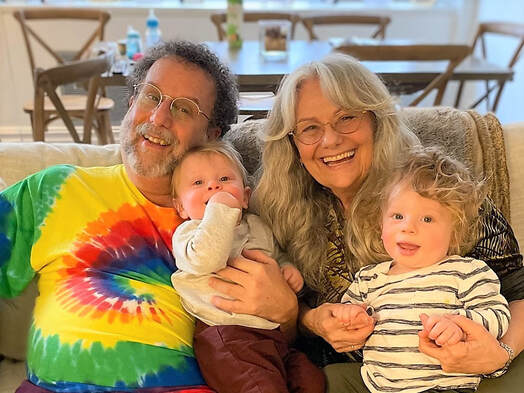 Shapiro with his wife, Elizabeth, and twin grandsons, Duke and Aiden.
Published in March 2022