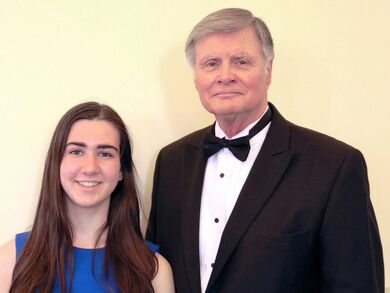 Ula Goldstein, a soprano singer and composer from Leonia, New Jersey, has been named as the recipient of the 2019 Roland L. Meyer Scholarship Award by the Orpheus Club Men's Chorus (Orpheus).

As the Meyer Scholarship recipient, Goldstein, a Leonia High School senior, performed at Orpheus' spring concerts on April 6 and 7.
At the concerts she sang "O, Mio Babbino Caro" from the comic opera Gianni Schicchi by Giacomo Puccini.

Peter Bernich, chairman of Orpheus' Meyer Scholarship Committee, noted that Goldstein is the soprano section leader and president of Leonia High School's chamber choir, as well as a frequent soloist at the school's choral concerts. Among her honors, she has received the WorldStrides Maestro award for best solo, and was selected to the All State Mixed Choir, Region I Choir, and the Bergen County Chorus.​ 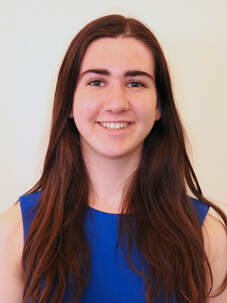 "Besides a wonderful soloist, Ms. Goldstein is a gifted and prolific composer, writing for solo voice, choral arrangements and orchestral compositions," Bernich noted. "She recently completed a 27-piece orchestral score which she is anxious to workshop, and in the past composed over 75 songs which were performed at school talent shows, senior centers and her synagogue. She also wrote a two-act musical called 'Magic Man' that was produced at her community center."

Kerry Dunn, choir director at Leonia High School, praised Goldstein as "one of the finest singers I have ever had the pleasure of teaching in my 25 years as a music educator. She also is a young woman of outstanding character."

Goldstein is a prospective college music major who plans to specialize in music composition. The Orpheus scholarship includes a $2,000 award for the winner's college studies.

Orpheus Club Men's Chorus is a singing voice for good throughout the greater New York/New Jersey metropolitan area. It comprises men who love to sing, enjoy the company of like-minded men, and perform with a sense of service to the larger community. It was founded in 1909 in Ridgewood, New Jersey, and has performed continually since then, with major annual concerts in April and December. Orpheus is led by music director John J. Palatucci, pianist/assistant director Ron Levy, and president Vernon Reed.
​
Roland L. Meyer was a former president of Orpheus who bequeathed funds to Orpheus for the scholarship program named after him.